Homepage
What we do
News and Publications
Resources
Back

TSA Annual newsletter with the success stories of the people that we support.

Read the newsletter by clicking on the picture. 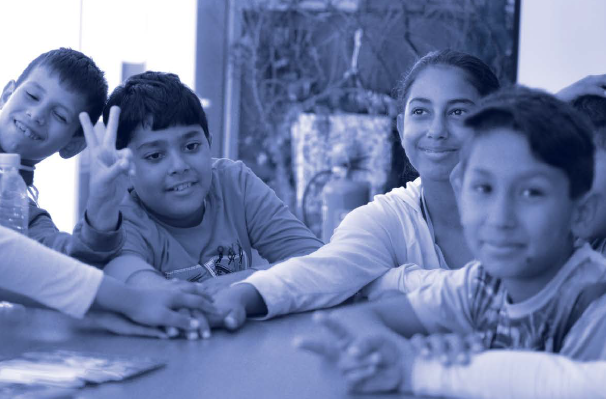 With an estimated population of 6 million in Europe, the Roma comprise the largest ethnic minority in the EU1. Social exclusion, lack of equal access to education, employment and healthcare are among the main challenges that have made many Roma communities vulnerable and socially isolated, not only in Bulgaria, but in Europe as a whole. In order to overcome the social and spatial isolation of these groups, various measures have been implemented, with an aim to increase the employment rate and income of the Roma population, as well as to ensure access to education. Much of the research conducted to date has focused on a specific research question or field. Even when such research partially addressed the educational status of the Roma in Bulgaria, in most cases there were discrepancies between the methodology and tools, which prevented a reliable comparison of data and trend-tracking. In 2008, the EU Agency for Fundamental Rights launched a randomized survey of Roma communities in seven EU Member States, in the context of a previous survey on minorities and discrimination in the European Union (EU-MIDIS I)2. In 2011, two parallel surveys were conducted to map the situation of the Roma in the EU. The first survey focused on social and economic development and was conducted by the UNDP and the World Bank. The second study was conducted by the EU Agency for Fundamental Rights and focused on fundamental rights and their observance. In 2016, the EU Agency for Fundamental Rights (FRA) conducted a survey of Roma communities for a third time within EU-MIDIS II3 to assess progress over time, reflecting the impact of implemented legislative changes and policies.

To overcome the lack of up-to-date data, the Trust for Social Achievement (TSA) commissioned the sociological agency Global Metrics to conduct a nationally representative survey of Roma communities4 living in Bulgaria. The study aims to determine the current level of educational attainment among the Roma population by comparing current data with data obtained from the survey conducted in 2011 by the UNDP. The methodological approaches of the two studies are identical and allow for full comparability of results and tracking of differences in a comparative perspective. 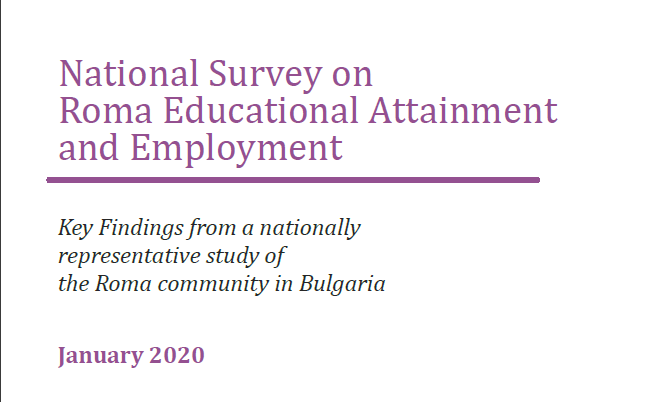 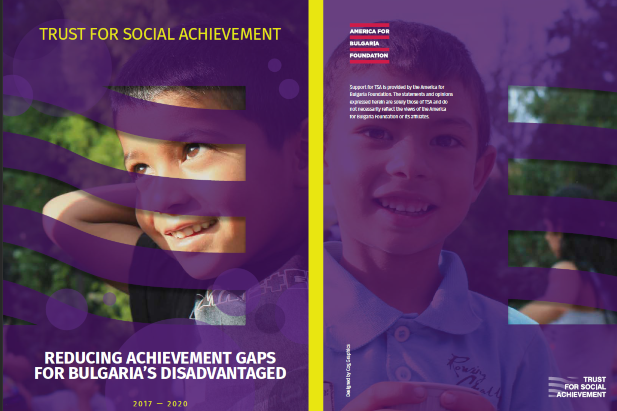 Over the past decade, significant investments have been made to increase access to education and educational attainment for marginalized groups in Bulgaria. At the same time, up-to-date information on educational outcomes is lacking. This is why TSA commissioned a nationally representative study to determine the current educational and employment status among Roma communities in Bulgaria.

With these findings, TSA hopes to provide the most up-to-date information on the current status of Roma communities across Bulgaria. This information will help inform the work of non-governmental organizations and public entities in the fields of education and employment.

The following are highlights from the study. These results show a significant change in the current situation of the Roma community in Bulgaria in terms of household income, employment, educational attainment, school attendance and educational aspirations.

You can find the key finding from the study by clicking on the picture. 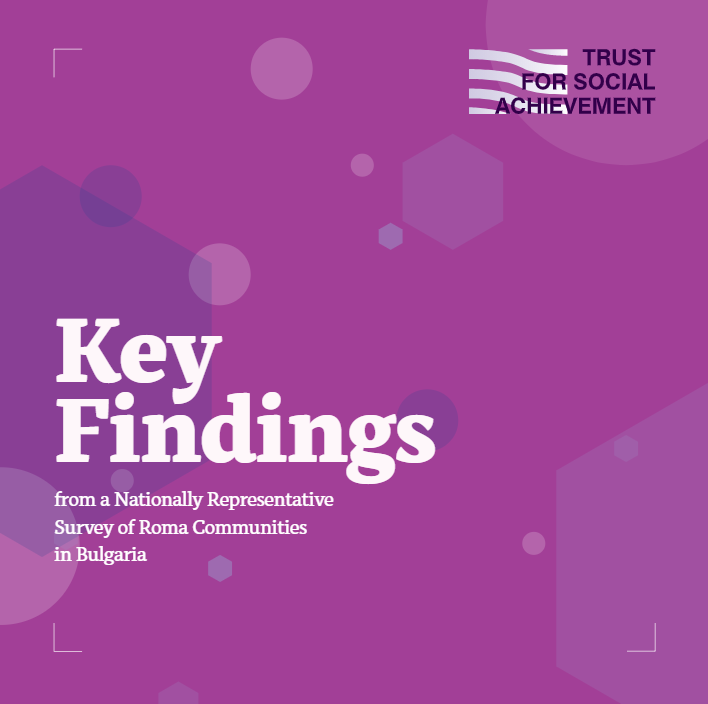 Building Future For All: Urban Planning in Roma Settlements

A Handbook for Municipalities, NGOs and Communities in Bulgaria

Illegal and informal housing is a problem in Bulgaria. Demolishing Roma neighborhoods does not solve the problem. This Handbook presents a model that works as a viable alternative to evictions and demolition. Through urban planning, municipalities can endorse or amend zoning plans to allow families to formalize built houses and buy the plots of land where they live. As a result, municipalities will achieve greater stability, security, and economic opportunity for all.

*You can review the handbook by clicking on the picture. 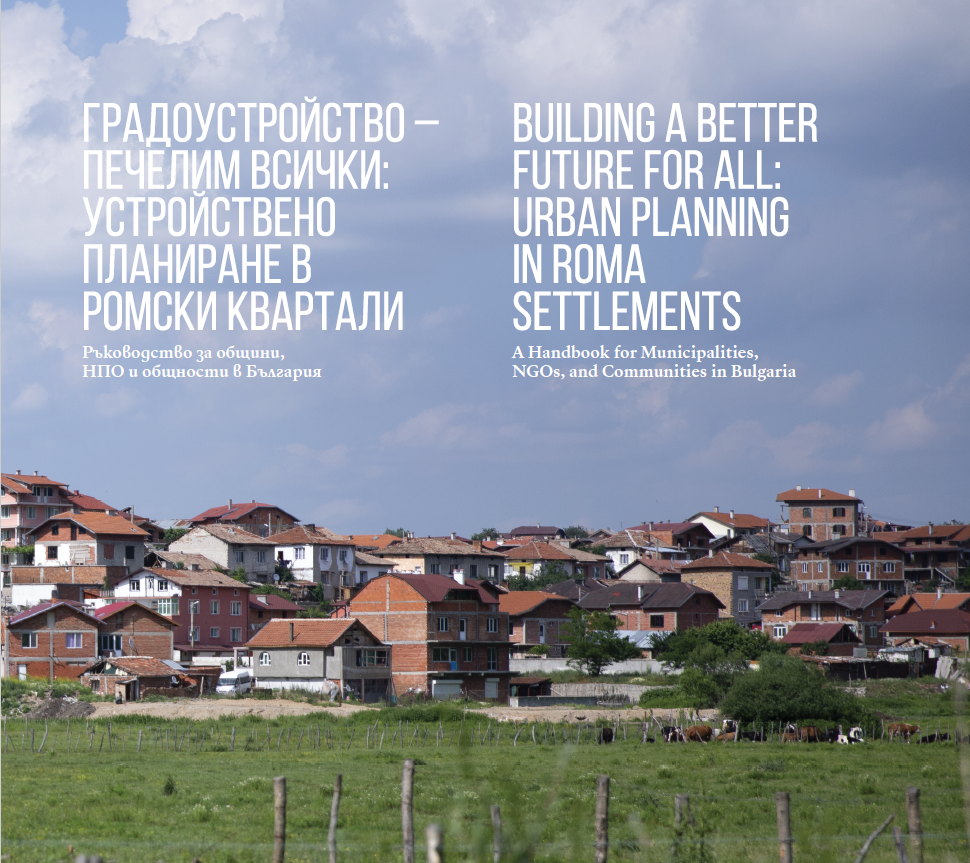 Teaching With Poverty in Mind

TSA translated "Teaching With Poverty in Mind" by Eric Jensen.

Learn how to receive the book in Bulgarian here.